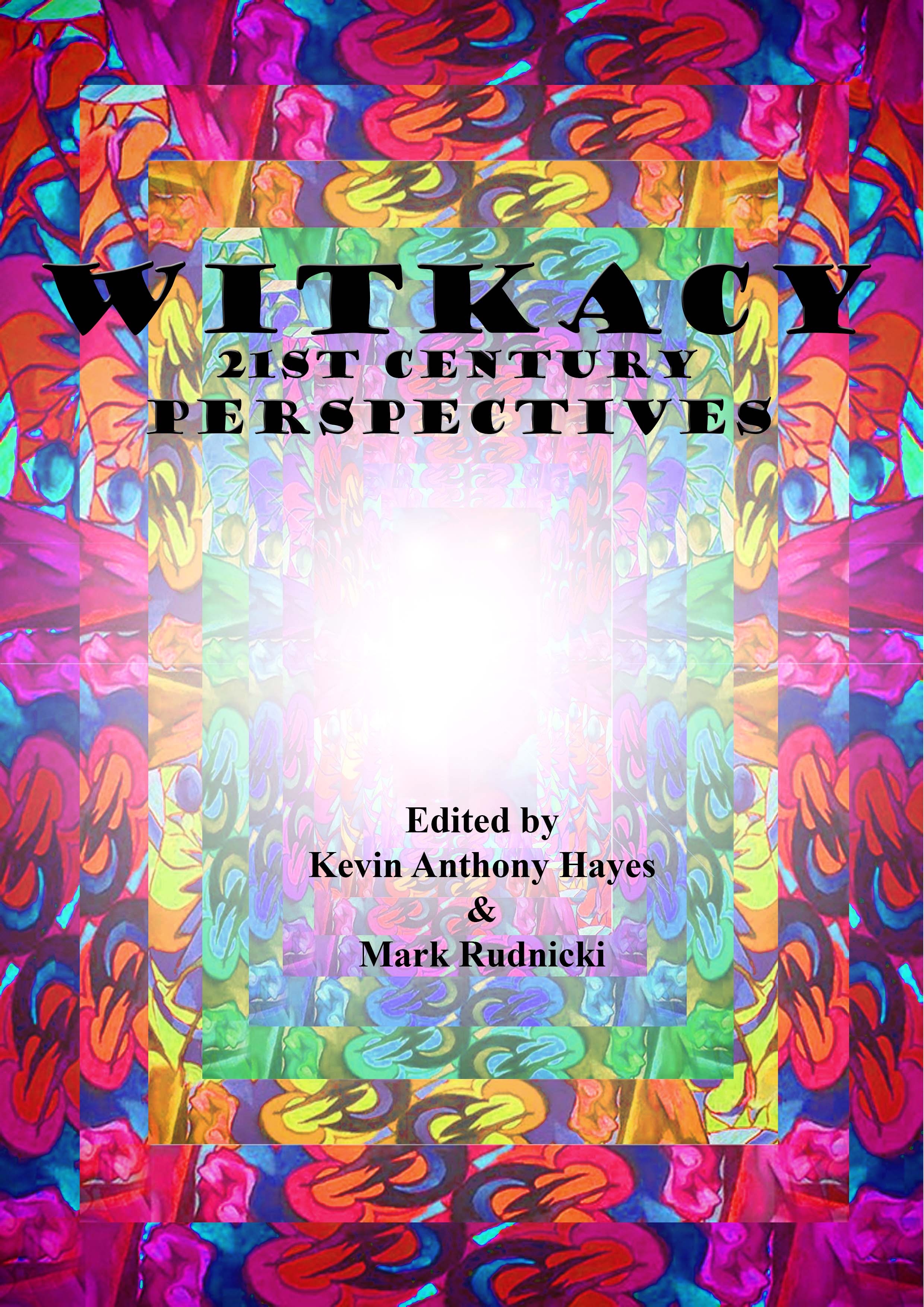 Stanislaw Ignacy Witkiewicz ‘Witkacy’ (1885-1939) was a Dramatist, Poet, Novelist, Painter,Photographer, Art Theorist and Philosopher. He was one of the most colourful personalities to come out of twentieth century Poland. Perhaps the most incredible facts about this remarkable man’s life include the knowledge that; he not only experienced the Russian Revolution first hand but that his amazingly prescient work was in effect rediscovered and found profound resonance in post-war communist Poland. In this context he was championed across Poland as part of a strong and spirited reaction against Socialist Realism in theatre in particular. During his lifetime Witkacy was to work at a furious rate completing more than thirty plays, several novels, numerous philosophical works, and some two thousand portraits and a huge number of photographs. He also left us; an extraodrdinarily large amount of; strange, grotesque, humorous poems and sketches. Furthermore, Witkacy exerted a profound influence on Tadeusz Kantor of Cricot 2, who was arguably the most widely known exponent of the ‘Contemporary’ Polish theatre tradition. At a certain point during the 1970’s Witkacy’s dramas were the most performed on university campuses’ throughout the United States. Perhaps his crowning posthumous attainment took place when UNESCO declared 1985 to be the International Year of Witkacy.

This collection should prove of value to a number of groups of individuals. Those who know absolutely nothing about Witkacy might find this work a very good introduction to him and his work. This publication could certainly prove invaluable for those connected with the theatre; be it as an actor, director, producer or scenographer or indeed a lighting or sound technician. All I think will derive a closer sense of what Witkacy was trying to achieve. Certainly there could be much to both discover and discuss for professionals and students too. This collection is so diverse, interlinked and yet unified it could well be of profound interest to social scientist and indeed historian alike.

What is being presented here is largely derived from two events; Witkacy 2009 and Witkacy 2010 which took place at the University of Westminster in 2009 and Washington D.C. in 2010 respectively. The events alsoincorporated academic conferences which included presentations made by leading Witkacy scholars.  Following the two conferences we now have a collection of papers which are primarily but not exclusively designed to take a socio-philosophical approach to Witkacy’s work. It is therefore hoped that within the essays presented here the reader will be afforded the opportunity to experience deeper reflection and more meaningful conjecture and a greater degree of conclusiveness, than hithertofore. All of this is really courtesy of the exertions of some of the finest Witkacologists in the world.  We are therefore proud to have such a wonderful mixture of perspectives from scholars who have written extensively on Witkacy to those who are at the beginning of their scholarly careers as well as those for whom he has been a leisurely pastime.

This publication is divided into some seven sections. Firstly we are presented with an account of the history of the Witkacy movement. Secondly a number of essays concern themselves with Witkacy in the realm of the political. The third section concerns itself with Witkacy and Polish Modernism. Then we are presented with explorations of Witkacy’s key concept of the idea of Pure Form. Following this we are offered a series of essays concerned with philosophy, history and politics. The sixth section revolves around questions of identity in Witkacy’s work. In the seventh and final section we are presented with two essays which offer us a brief comparative consideration of his work.

Most significantly the publication features an annex: bearing the title; ‘Witkacy’s Portraits and the Słupsk Collection.’  Whilst there are black and white images within the body of the text, there are also some thirty eight colour images providing an excellent representation of Witkacy’s work including some including colour versions of the some twenty eight portraits.  It is considered remarkably important for this publication to have had the Slupsk Museum permit us include this selection of visual images from the Witkacy Collection in this volume.

Kevin Anthony Hayes is an actor, director and Polish theatre specialist with around twenty five years involvement in Polish culture. He had the pleasure of living behind the ‘Wall’ for almost three years from October 1986, as a Polish Government and British Council Scholar. He then worked as a theatre director at Krakow’s famous Stary Theatre, alongside such luminaries as Andrzej Wajda, Kristian Lupa and Jerzy Jarocki. As the first Englishman to direct at the Stary he was responsible for a very successful revival of ‘THE IMPORTANCE…’ which ran for well over a hundred performances through the whole transitional period in Poland. All in all he has directed and produced quite a number of plays in Poland. The emphasis has always been on confronting relevant social and political realities with the mystique of artistic and literary subtlety. In 2000 he was awarded an ‘Uprawnenia’ or Diploma, in Theatre Directing by the Polish Association of Theatrical Artists (Z.A.S.P.). He spent a season at the prestigious Contemporary Theatre in Wroclaw acting in Polish in Waldemar Krzystek’s production of ‘THE LOW MEADOWS’ based on the bestseller of the same name by Piotr Siemion. He has worked as a Senior Lecturer in Practical Phonetics at Warsaw University’s Institute of Applied Linguistics. Whilst he does not claim to be an academic his controversial paper on ‘The Vision of Homo Sovieticus as it appears in the Dramas' of Stanislaw Ignacy Witkiewicz’ was banned from publication in Russia following the author’s presentation of it at ‘The First International Conference devoted to Stanislaw Ignacy Witkiewicz’ at The Actors Centre St. Petersburg in 1993. He has worked for Polish Radio and Television, presenting and making programmes at The National News Service in Warsaw. This included a very popular cycle of Comic Weather Forecasts on TELEEXPRESS. He has appeared in a number of Polish feature films. He has translated classic Polish work for the film director Jerzy Skolimoski, has interviewed leading Polish film directors such as Filip Bajon, Agnieszka Holland and Krzysztof Zanussi, in English for Polish television. In 2007 he was awarded a ‘Green Card’ on the basis of being considered ‘An Alien of Extraordinary Ability’ in the realm of Polish Theatre.

Mark Rudnicki is a Term Assistant Professor of English at George Mason University, where he teaches courses in composition, research methods, philosophy, and world literatures.  Previously, he taught at University of Warsaw, Jagiellonian University, and George Washington University. He is the recipient of two Kosciuszko Foundation Research Fellowships and has spoken at various conferences primarily on the intersection of philosophy and literature in the works of Witkacy, Gombrowicz, and Schulz.  He received a Ph.D. in comparative literature from the State University of New York at Buffalo.